Close
Ask a Question
Home / Questions /Q 1792
Next
In Process

Why was Windows 10 mobile abandoned? 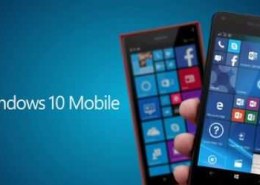 Microsoft updates support for its Windows 10 mobile was ended on 10th December 2019. The main reason considered was the lack of apps in the Windows app store.

Is Microsoft going to be out of the Smartphone industry?