Close
Ask a Question
Home/Questions/Q 948
Next
In Process

What will be the impact of banning hydraulic fracturing of oil and natural gas in the US? 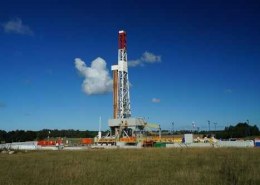 The US shale gas has impacted the global oil and gas industry significantly in recent years. Fracking, a disputed technique for extracting oil and gas has become the discussion in the US election campaign. Will banning fracking damage the US energy industry?