Close
Ask a Question
Home/Questions/Q 2469
Next
In Process

What is the difference between batteries and capacitors? 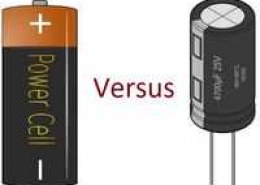 A battery is a device which transforms chemical energy into electricity to supply a static power charge.

A capacitor, on the other hand, is an electronic component used to store electrostatic energy in an electrical field.

Would capacitors be able to replace batteries?