Close
Ask a Question
Home/Questions/Q 931
Next
In Process

What are the 3D applications in the aerospace industry? 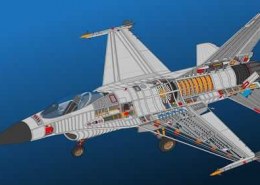 3D printing technology has a wide range of applications. Though it is still at its initial stages, but in which form the 3D technology is being used or has the potential to be used in the future in the aerospace industry. What are the real industry examples?