Close
Ask a Question
Home / Questions /Q 1604
Next
In Process

How is the construction and infrastructure market performing in emerging and developing markets? 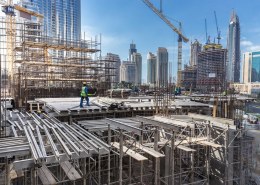 Construction and infrastructure are usually driven by fiscal policies, as governments allocate more towards building infrastructure. Developed markets are struggling with growth due to Brexit, Trump policies etc.

How are markets performing in Asia and Africa?