Close
Ask a Question
Home/Questions/Q 2406
Next
In Process

World War 3 (WW3) Prediction: Is it really going to start and when? 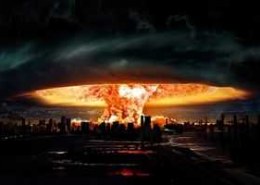 Doomsday clock is now 100 seconds to midnight. It is the closest humanity has ever been to its annihilation.

Iran and the US relation reached its worst position, and it was feared that WW3 is going to happen. But it did not. Why? Because Iran has no power to trigger the WW3 with the conventional weapon unless supported by Russia or China. But there was no reason for Russia and China to be part of the war. It could be suicide for Iran to start the war on its own.

Now the most serious flashpoint is the worsening relation between Pakistan-India. The worrying factor is that both countries are nuclear powers and have long-range missiles capable of delivering nuclear warheads. Any miscalculation or false alarm can have serious aftermaths.