Close
Ask a Question
Home/Questions/Q 1173
Next
In Process

What is the market size and applications of virtual reality and augmented reality? 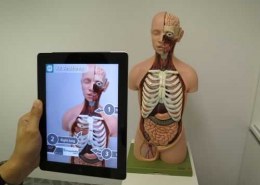 Both augmented (AR) and virtual realities (VR) are appealing to various industries, owing to the advanced features they provide to its users. Some people consider the augmented and virtual reality as the same technology, but they are both quite different from each other. Although there is another reality known as mixed reality, which is the combination of both AR and VR.