Close
Ask a Question
Home/Questions/Q 2115
Next
In Process

What are the immediate consequences of the killing of Qasem Soleimani? 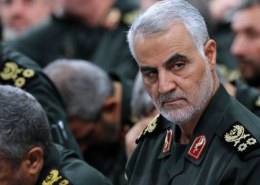 Qasem Soleimani was killed on 3rd January 2020 by the US forces, through a missile strike fired from an American drone, near Baghdad International Airport.

He was on a major general rank in the Islamic Revolutionary Guard Corps (IRGC), and the commander of the Quds Force from 1998 until his death. He was also killed with four members of the Popular Mobilization Forces (MPF).

It was a high-risk attack there may be more to it. The US may be trying to disrupt Iran, which seemed to be planning for something bigger.