Close
Ask a Question
Home/Questions/Q 956
Next
In Process 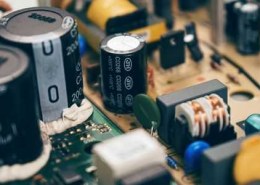 Ultracapacitors, which are also known as supercapacitors, are considered to be the best alternative to batteries in the future.

Do ultracapacitors have the ability to replace batteries in electric vehicles?  What makes them different from electric batteries? Can batteries be substituted with supercapacitors?